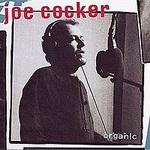 Somebody got murdered on New Year's Eve
Someone said dignity was the first to leave
I went into the city, I went into the town
In the land of the midnight sun

Searchin' high, searchin' low
Searchin' everywhere I roam
Askin' the cops wherever I go
Have you seen dignity?

I went to the wedding of Mary Lou
She said,"I don't want nobody to see me talkin' to you"
Said she could be killed if she told me what she knew
'Bout dignity

So many roads, so much at stake
Too many dead ends, I'm at the end of the lake
Sometimes I wonder what it's gonna take
To find dignity 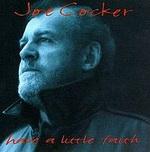 Joe Cocker — Walk Through the World with Me

Joe Cocker — Weight of the World

Joe Cocker — You Don't Know What You're Doing to Me

Joe Cocker — Eye on the Prize