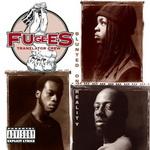 [Intro]
[inhales, then coughs]
Ay, nigga pass me the blunt
(Go get the fuck outta here, oh shit)
[inhales and coughing continues]
Ay, pass this over here man, so we can just cipher youknowI'msayin'?
(Cip, yo, this is for dolo son [inhales]
Yo, man, c'mon pass the blunt man (Yo champ, champ, champ)
Yo, pass the blunt man (hold it man)
Whassup man? (Yo, hold it up, aight, take the fuckin' blunt)
Yeah, whassup? (Damn) [inhales continue]
I ain't even get charged yet
(C'mon man, let's cip man about the good ol' days man youknowI'msayin'? (yeah)
See man, white man tryin' to keep this away from us man youknowI'msayin'? (Uh-hmm)
Cause they know when you grab this man
you just be ciphin' knowledge man, knowledge as we buildin' up man
That's why they want no brothers to be out here man, youknowI'msayin'?
That's why they try to make it illegal man (...you far, you far from reality...)
Yo, check this out man, this is, a natural herb man youknowI'msayin'?
It makes your body just and your mind just go to another...
(Yo, but hold - money you is talkin' too, much)
Yo, yo, yo man, yo we just ciphin' man (...talkin' that, pass the motherfuckin' blunt)
I know you Latin shit, burn the fuck out (I hate when motherfuckers do that shit)...

[Wyclef Jean]
Y'all know there's a lot of emcees but just give my CHANCE ON THE MIC!!
Open the, open the, open the, open the, open the, open the
AAAAAAAAHHHHHHHH!!!
Open the safe with no key, it's easier than battlin' me
Cause uh-uh, I'll make you walk like a doggy
Some say on and on, but they mean ON-ON!!
I got tired of that new style - BREAKDOWN!!
I have to take it back to the break of dawn
When Melle Mel was Melle Mel and Al Capone was Al Capone
Bootleg is sellin' now it's rap that's sellin' in the village
But I'm just privileged to makin' my home from my spirit
So when you hear me it's the man with the deeper thoughts
At night I can't sleep my brain keep movin' like a body on a horse
I don't stand, don't stand, don't wife me I construct on bricks
Some thoughts it wasn't until he said: "He sunk my battleship"
So hip-hip, load the clip, hip, I miss - DAMN!!
I pay my taxes so I won't mess with Sam
Ya hear the rhyme you stand still, some ask for refill
We move your thoughts so I can see if you for fake or real
Cause Buffalo Bill bit battle inside from my rap meal
And left me on a hill-hill, so when I battle no will
So mama should I kill a man like Cypress Hill, chill
I got no lawyer so I pleadin' my own appeal
How does it feel - when a monkey is your ill
in a J-A-I-L? I have no time to make bail
Saw someone to be macho like fritches that got the lyro
So they had it at bein' a heroes, where did their bodies go, only God knows
You got caught, between the fire and the hoses
You wanna battle? Bring your Moses
Forget what fun-what time Moses
and someone goin' down and it ain't Gastor Douglass
Cause the roughest with the guy, becomes a pussy
So all the bad boy talk, come on cause I'm the nice dog, yeah hawk
Throw many fights in fought courts boss
Never lost, so toss a nickel and change your course
Say mama say mama say mama say what?

[Lauryn Hill]
Aiyyo, huh-huh, ho with the badder that run the (TENT!!)

Who walks really for lack of listenin' to the drum-set
You silly nimble bad as to my car don't put the bass
oh on the table test the super lantra
You got caught all that toe with twenty-thousand legs
I'm laughin' arrogantly as your nostril bleeds hehehehehe...
Relax and max and drink a Gin on the Tech
Well their gatin' for another pirate to lose his neck, check
I got a call from Captain Hook in so quick
We used to be partners 'fore the clip stole my rapper
I had to be right cause you fight like it was a bitch
I had to change the rhythmic pattern and make sure it fit
So now when I go and see with she
I thought the pirates through a telescope
and bomb 'em like it's make-believe
Blow me my sword I out for my protection
Cause I might ship on landin' side and start an insurrection
A pirate had disguised himself as one of my crew
But I saw true and had to shake a him before he got through
Hey, hey guy the loot the booty, I formed like a ram
I gave an ultimatum and told him he could do time
But he argued and fought me, he tried to bust right
And so I took it upon myself to make the brother walk the plank

Fugees — Refugees On The Mic

Fugees — How Hard Is It?